Almost a month to the day after the now-infamous January 4, 2018 “bomb cyclone”, another “bomb cyclone” (Quinn) hit the East Coast. On March 2, 2018, a monster storm slammed into the New England states causing major coastal damage, including erosion and flooding, as well as massive power outages.

Unlike the January “bomb cyclone,” which brought heavy snow, Quinn brought rain and high winds – but very little of the white stuff. However, if that was not enough, less than 72 hours after Quinn, another monster Nor’easter slammed into the already vulnerable East Coast dropping wet, heavy snow which further damaged power lines, brought down huge trees, and caused all sorts of damage.

Just like the first bomb cyclone, numerous coverage issues may arise from the damage arising from Quinn.

First, over 900,000 homes and businesses lost power due the second “bomb cyclone,” and hundreds of thousands more lost power due the subsequent Nor’easter. For most, these power outages lasted for only 24-48 hours; however, some of the outages were of a longer duration. Thus, depending upon policy language, “service interruption” coverage may be triggered for outages of more than 72 hours. 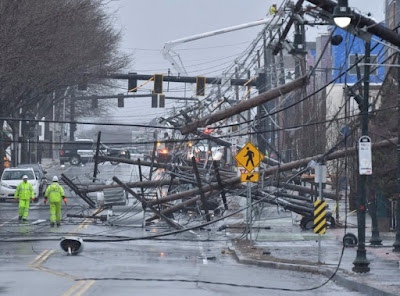 Second, the number of occurrences could be a significant issue in some instances. This issue can affect both the limits available for a particular loss and the deductible(s) which an insured must absorb. For example, in Newmont Mines Ltd. v. Hanover Ins. Co., 784 F.2d 127 (2d Cir. 1986), insurers unsuccessfully argued that since two collapses separated by a number of days were caused by the same condition – excessive snow accumulation – both collapses should constitute one occurrence. The Second Circuit disagreed with the insurers, affirming a jury’s two-occurrence finding because in part the definition of “collapse” in the policies was “strong evidence that the parties considered each collapse to be an independent event or occurrence.” Thus, the specific wording of the policy at issue – particularly the definitions of “occurrence” and “collapse” –  is likely to play an important role in such cases.

Given the result in Newmont Mines, multiple-occurrence outcomes are a possibility in cases involving both multiple collapses at the same property and/or multiple collapses at different covered properties. A finding of multiple occurrences may also result in cases where there are multiple snowstorms that cause damage.  It is important to remember, however, that cases addressing the number of occurrences are extremely fact-sensitive, and it is difficult to articulate a hard-and-fast rule of general application. 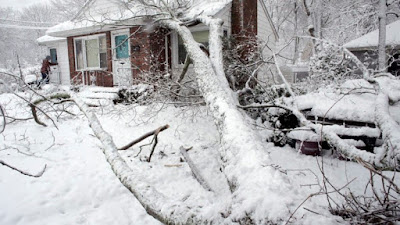 Third, due to the proximity of the two March storms, which followed closely on the heels of the first Bomb Cyclone, it may be difficult to identify when property damage actually occurred and whether there was overlap between the storms. Thus, a threshold question to consider when adjusting “Bomb Cyclone” claims is whether there has been damage during the policy period. Because damage from winter storms often does not manifest until weeks or months after the actual event that caused them, this question can be a difficult one to determine. Although damage caused by wind and falling objects (e,g., tree limbs) from a winter storm can normally be connected to the dates of the storm, damage from ice dams, water damage from burst pipes and collapsed roofs occurs over a much longer period of time. For example, ice dams are caused when snow from a winter storm melts and then refreezes again. Further, collapsed roofs are caused by excessive weight from snow and ice oftentimes occurring from snow accumulation over multiple winter storms.

In light of the rapid succession of devastating East Coast storms, it is critical to determine whether any damage being claimed by the insured occurred after the policy period ended. Much can be learned from 2015’s Blizzard Juno.  Following that storm, in 2016, multiple winter storms hit the Southeast including Georgia, North Carolina, South Carolina, and Tennessee, including CAT 64 ( February 16 and 17) and then the tail end of another storm front, CAT 68, hit on February 16 through 22, which affected many of those same states.

No matter how many storms are thrown at New Englanders, they try to take them in stride and think: “hey, chill out, summer is almost here.” 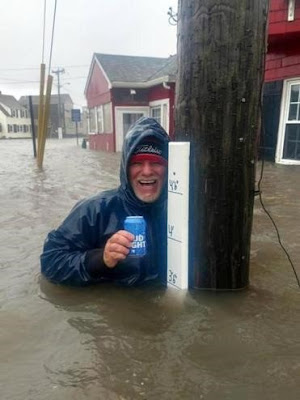