Texas Seeks to Round ‘Em Up – Zika Fears Spread

Texas Department of State Health Services (“DSHS”) Commissioner Dr. John Hellerstedt was quoted in an April 7, 2017 news release saying “Zika remains a significant health risk to pregnant women and their babies, and it’s only a matter of time until we see local transmission here again,” prompting the state to “cast as wide a net as possible with testing.” Dr. Hellerstedt noted that the Lower Rio Grande Valley remains most at risk.

At the end of 2016, Texas became the second state (following Florida) within the continental United States to report local Zika virus transmission by mosquito. According to related health statistics, a total of 320 cases of reported Zika mosquito transmission were reported in 2015 and 2016. Specifically, at the end of 2016, there were six confirmed cases of local Zika insect transmission in Brownsville, Texas.  Now, recent data (for the week ending April 7, 2017), shows ten locally transmitted Zika cases have been newly reported in Texas. Meanwhile, the Center for Disease Control continues to track the spread of Zika Virus around the world and to provide  guidelines and advisories for US Citizens and Residents living within the US and for those traveling outside the US to effected countries.

Zika is a mosquito-borne virus akin to dengue fever and West Nile infection. Once bitten by an infected mosquito, a person serves as a host for the virus for several months. An infected person can also transmit the virus to others sexually. The virus can cause fever, rash, muscle and joint aches and red eyes (conjunctivitis). Symptoms are usually mild, which is why most adults do not know they have been exposed to Zika. The absence of any symptoms also makes the Zika virus difficult to detect.

Zika has a much more damning effect on pregnant women. Zika has been linked to a severe neurological birth defect called microcephaly. Microcephaly stifles fetal development. The most notable result is seen in babies born with undersized heads. Federal health data confirms that one in ten Zika infections during pregnancy in 2016 resulted in birth defects of the child. Further elevating the severity of this infection is the lack of any vaccine or treatment for Zika. 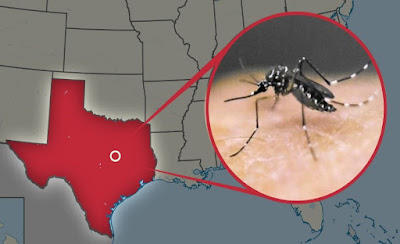 Texas was the first state in the nation to implement a standing order for mosquito repellent to fight Zika. By providing eligible women on Medicaid between the ages of 10 and 45, or pregnant, with prescriptions for mosquito repellent, Texas officials seek to “make insect repellent as easily and widely available as possible,” said Health and Human Services Executive Commissioner Charles Smith. “This is another step in our comprehensive plan to protect Texas women and their unborn children from the Zika virus.”

DSHS anticipated that the southernmost areas of Texas would be most likely to support local mosquito transmission of Zika. In response, it expanded the testing threshold for symptomatic pregnant women in Cameron, Hidalgo, Starr, Webb, Willacy, and Zapata counties in October 2016 to quickly diagnose and prevent further spread of the disease. Following the breakout of several cases in Brownsville, DSHS revised its recommendations, and implemented mandatory testing of all pregnant women residing in Brownsville or who have traveled to Brownsville on or after October 29, 2016.

A mild winter prevented a break in the mosquito season in the southernmost areas of the Rio Grande Valley, and Zika virus transmission continues in Northern Mexico. Texas health officials continue to expand testing recommendations as the warm weather increases the risk for local transmission of the virus. Residents of the Lower Rio Grande Valley, including Cameron, Hidalgo, Starr, Webb, Willacy, and Zapata counties are strongly urged to stay vigilant in their efforts to prevent Zika transmission. Currently, testing is recommended for all pregnant women at their first prenatal care visit and again in their second trimester. Testing is also recommended for any residents who exhibit a rash and at least one other common Zika symptom, including fever, joint pain, or conjunctivitis.

The current comprehensive guidance on Zika testing can be found at http://texaszika.org/healthcareprof.htm.

Stressed about CATs? The London Market Is Ready 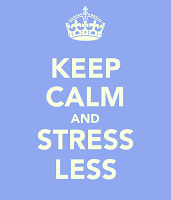 Earlier this year, a London insurance market industry group published London Market looks ahead: Preparing for the next big insurance event, a White Paper describing a stress test of the market when faced with a never-before-seen catastrophic loss event.  London passed the test.

This “dry run” simulation analyzed the impact of two fictional CAT events taking place in quick succession:  a major cyber attack on power infrastructure in the U.S. (“Halloween Blackout”), and a Category 5 hurricane hitting Miami (“Hurricane Guy Fawkes”).  To make matters worse, these two CATs were followed by a stock market crash, with a 16% drop in global stocks, and the default of a major reinsurer, causing delays in claims payments.

The market test was conducted over several months by a group of 28 organizations, including London Market insurers, brokers, industry groups, Lloyd’s, and rating agencies, with the support of regulators.  Two working groups were established, led by Hiscox and Aon.  The actual simulation took place over a two-week period in November 2016.

The genesis of this project was the realization that it had been over 15 years since 9/11, the last “market-turning event” for London insurers, and that it was necessary for the London Market to prepare itself for the next major CAT loss event, particularly in light of the significant changes in market dynamics since 2001.  In addition to testing the industry’s preparedness, the dry run also sought to identify how the London Market could improve its resilience to these events, and maintain its leading position in the global insurance market.

As Robert Childs, Chairman of Hiscox Group and leader of the project stated, many of the people making key decisions in the London Market “haven’t yet experienced anything like [9/11].  I hope they never do, but we need to be prepared for the worst.”

The stress test showed that the London Market has access to sufficient resources, both practical and financial, to cope with these extraordinary losses, and that the industry would be able to pay the resulting claims fairly and, at the same time, ensure that cover can continue to be priced after a worst-case scenario catastrophe.

This conclusion relied on the strength of the London Market’s reinsurance and recapitalization arrangements, and insurers’ ability to implement these arrangements during a turbulent period.  The White Paper also found that, in order to achieve a successful outcome, it was critical for the London Market to maintain its deep underwriting and industry expertise, and for regulators to respond quickly as the crisis unfolds.

In order to improve the London Market’s ability to withstand a major CAT, the White Paper made three broad recommendations: (i) put in place internal processes to respond effectively to market-turning events, such as crisis management training programs and clear plans for raising additional capital; (ii) maintain the London Market’s leading position and expertise in the global marketplace, by strengthening Lloyd’s position and involving a broad set of key stakeholders; and (iii) collaborate with the insurance regulator, the Prudential Regulation Authority, to clarify mutual expectations and ensure an effective post-catastrophe response.

In sum, the industry-led dry run showed that the London Market is sufficiently robust to survive huge CAT losses.  Other insurance markets may consider conducting similar studies to assess how they would respond if the worst happens.

Published by José Umbert
Posted by Dan at 9:30 AM

Trouble in the Sunshine State: Florida Applies the Insured-Friendly Concurrent Cause Doctrine for Multiple Cause Losses

A multiple cause loss is exactly what it sounds like; it is a loss with multiple, or a combination of, causes.  An example would be a bursting water pipe that was caused by both cold weather and a homeowner’s negligent failure to maintain above-freezing temperatures in a home.  These losses become significant for insurance purposes when one cause of a loss is a covered peril, but another cause is excluded from coverage.

A December 2016 Florida Supreme Court decision added clarity to the Florida insurance market with respect to multiple-cause losses.  In Sebo v. Am. Home Assurance Co., 208 So. 3d 694 (Fla. 2016), the Florida Supreme Court adopted the concurrent cause doctrine in a case involving an “all risk” homeowners’ policy.  The insured property was an $8 million home, and was eventually demolished as a result of extensive water and wind damage.  It was undisputed that defective construction combined with rainwater and hurricane winds caused the damage.  The policy excluded losses caused by defective construction, but it covered losses caused by weather.   Ultimately, the court applied the concurrent cause doctrine and found that the entire loss was covered, reasoning that “where weather perils combine with human negligence to cause a loss, it seems logical and reasonable to find the loss covered by an all-risk policy even if one of the causes is excluded from coverage.”  Sebo reversed a prior Florida Court of Appeals decision that applied the efficient proximate cause doctrine.

Published by Nick Dolejsi
Posted by Dan at 9:46 AM